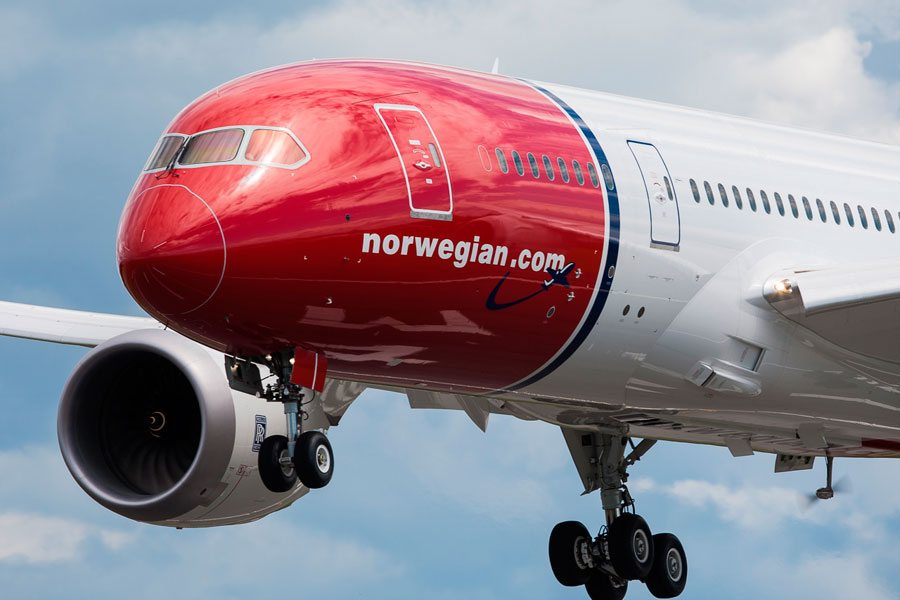 The Argentine subsidiary of the airline “low cost” Norwegian initiated procedures to begin flying to the United States with regular routes, as reported by the National Civil Aviation Administration (ANAC).

“After the signing of the Air Services Agreement between Argentina and the United States, the National Civil Aviation Administration (ANAC) announces that the company Norwegian Argentina has begun the process before this aeronautical authority to begin its operations with regular flights to the country. 15 years ago, no other Argentine company began to fly to the United States, “says the statement from the entity headed by Tomás Insausti.

At the end of June, the Minister of Transportation, Guillermo Dietrich, signed an agreement in Washington with his counterpart from that country, Elaine Chao, by which the ceilings for the frequencies of flights between the two countries were eliminated and the possibility of that the airlines of both countries make joint venture agreements to exchange not only shared codes of passengers, but also to participate with profits (commissions) in the sale of internal sections of the other country.

As Insausti had said to Clarín, that agreement had been claimed by the management of Aerolineas Argentinas, which is negotiating precisely such a commercial alliance with the US airline Delta. But in the same interview, Insausti revealed that in addition the LATAM airline was negotiating its own alliance and said, without naming it, at least one “low cost” was interested in taking advantage of the benefits of that new regulatory framework.

According to the ANAC, before being authorized to fly to the US, Norwegian “must accredit before the authorities its filing and operation in Argentina, send the corresponding corporate information and present its designation by the Argentine Authority. activity with companies of its own holding or others that operate in the United States “.

According to the Aeronautical Code, airlines that operate frequencies to other countries that belong to Argentina must do so with local crews (pilots and on-board personnel). In this condition, both the flights to the United States of Airlines (which flies to Miami, New York and soon to Orlando) and of LATAM Argentina, between Ezeiza and Miami, are currently performed.

Both the bilateral agreement signed with the United States and the US route of LATAM Argentina were the trigger for one of the main political events of this long weekend: on Friday the Pilots’ Union (APLA) led an undercover strike both in repudiation of the bilateral agreement as to the request of LATAM to start using for that route to Miami airplanes registered in Chile, although with Argentine crew. Although it was not the first measure of untimely strength of the aeronautical unions, this time it generated a generalized repudiation of entrepreneurs and business entities, from IDEA to foreign airlines grouped in JURCA. Unlike other opportunities, businessmen went out to reject union action (and implicitly, to back the government) with name and surname.

The ANCA statement seems to be part of that same controversy: although it is written in a technical manner, it is not usual for ANAC to announce the start of an authorization procedure by an airline. The most common is to do it when the procedure has been completed.